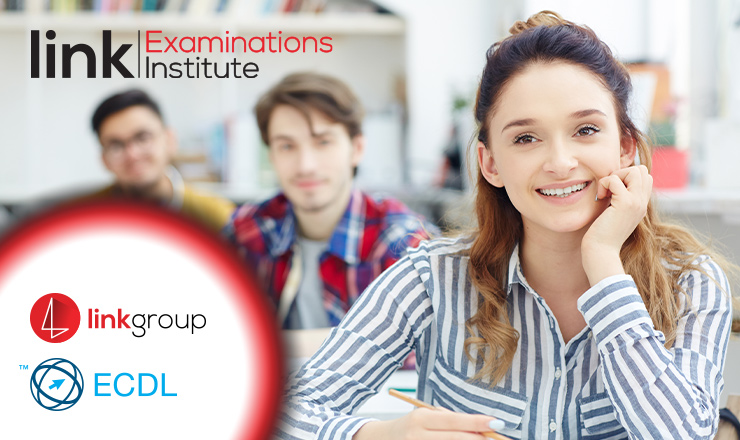 Aug 04, 2022 LINK Examination Institute 0 comments
We are pleased to inform you that the headquarters of LINKgroup in Bosnia and Herzegovina (Sarajevo, Zmaja od Bosne 16, Kubus D) has gained the status of an authorised ECDL/ICDL test centre.
ECDL (European Computer Driving Licence) represents an international certification programme in the field of computer literacy, which is recognised in 150 countries and in 36 world languages. With over 15 million candidates, the ECDL is the most widespread IT literacy standard in the world. Outside of Europe, the ECDL certificate is known as ICDL (International Computer Driving Licence).

At the ECDL/ICDL centre in Sarajevo, the candidates will have the opportunity to take exams in areas such as: computer basics, internet basics, text editing – Word, spreadsheet calculations – Excel, databases – Access, presentations – PowerPoint, IT security and thereby acquire ECDL Base, ECDL Standard, and ECDL Profile certificates.
You can find out more about the ECDL programme at the following link: ECDL/ICDL.
We are looking forward to the first candidates and the first exams at the ECDL/ICDL centre in Sarajevo.