Brainfinity: From a creative, futuristic idea, through a boundary-pushing competition, to an association of problem solving aficionados from all over the world 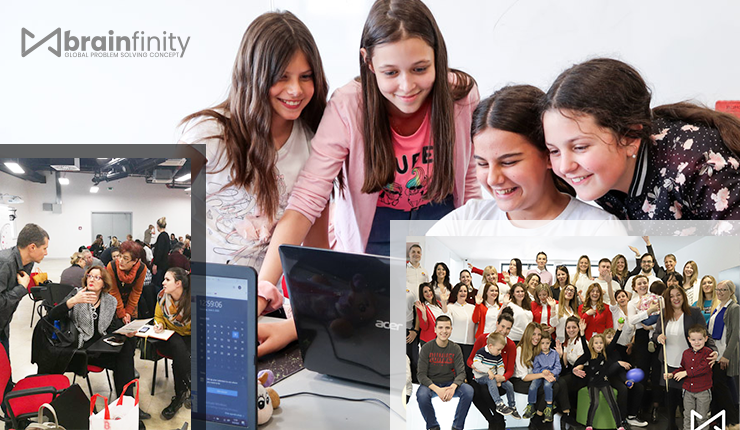 Brainfinity: From a creative, futuristic idea, through a boundary-pushing competition, to an association of problem solving aficionados from all over the world

Sep 20, 2020 LINKgroup, Brainfinity, problem solving, LINK Edu Alliance 0 comments
As our society is headed toward a comprehensive education reform through the introduction of new learning guidelines, Brainfinity has won a special place for itself, bringing something new into Serbia's education system. But, it didn't stop there.
A concept that has been known around the world for a while now, and which involves active use of problem solving to deal with everyday problems encountered by everyone, has finally been introduced to the educational institutions within the LINK edu Alliance, exemplifying why problem solving has been declared the most important skill of the future. To teach our students a skill that will ensure them a profitable and secure future, and present, LINKgroup launched a new patent – Brainfinity Global Problem Solving Concept.

Problem solving involves solving specific everyday problems where an individual or a group uses prior knowledge combined with other skills to master a new and unknown situation. It is a combination of theory and practice, and, as a rule, it almost never produces a single solution, but several. It involves several steps: understanding a problem, researching and gathering information, devising a strategy and brainstorming, choosing the best solution, action and verification.
There are no constraints in this process that may limit the problem solver, and the focus is on the combination of critical and creative thinking.
Here is an example of a problem that may be solved using problem solving principles:
How would you plan a family vacation if the following requirements have to be met?
Family: 4 members
Available budget: 1,500 Euros
Destination: Greece
Transportation: Family car
Period; August/September

How did we come up with the idea to study problem solving at the LINK edu Alliance?

Since the establishment of our educational institutions, we have been continuously introducing innovations aimed at advancement into our work so as to give our students and pupils the very thing they wanted when they enrolled in one of our institutions – high quality education and a promising perspective for the future.
We have founded a special department within our company dedicated solely to the analysis and research of new educational methods around the world. Other departments of the company actively collaborate with them on a daily basis, further developing and complementing ideas, adapting them to our education system, and realizing them. We will continue to follow the latest global trends in education among which we have recognized problem solving as an indispensable element that completes the circle of each individual's comprehensive development. 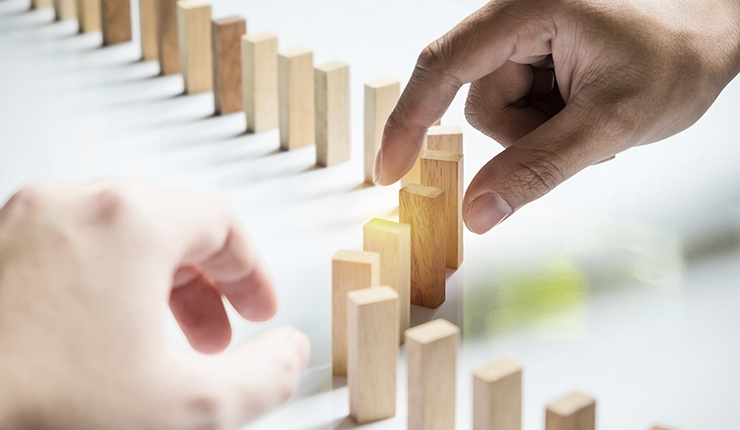 According to the World Economic Forum, problem solving is the most important skill of the 21st century, and by 2030, we will spend over 90% of our time solving problems.

"Despite various attempts at reforms all over the world, education continues to miss the mark, and there are growing doubts among serious stakeholders about the need for organized education. In addition, children are not sufficiently involved in education" says an organizer and Brainfinity member, teacher Ivan Anić, who is also the author of a math textbook which utilizes the principles of project-based instruction and problem solving, and adds: "Brainfinity, among other things, instructs teachers how to present outdated topics to students in an engaging way, and to motivate them to engage more actively in the activities presented. At the same time, we are examining what inspires young people, and what environment is most conducive for unleashing their full research and creative potential. Based on that, we create the best possible learning environment with the help of teachers. To bring the process full circle, we bring together all other elements crucial for children's education as part of Brainfinity – their parents, companies as future employers, and entire school systems."
After the first Brainfinity competition in problem solving for children organized in 2019, we realized that it had become too small for everything we want to achieve with Brainfinity. For this reason, we founded the Brainfinity association which brings together all those who are interested in problem solving, not just in the field of education, but in everyday life as well.

The Brainfinity educational revolution is driven by teachers, students, parents, school and companies – all those who want to become successful problem solvers

After the Brainfinity competition in problem solving for children had caused an unprecedented interest (almost 2000 contestants so far), the type of project-based learning on which the competition is based has been transferred to the classrooms of LINK schools.
We familiarized teachers who work in our education system with problem solving through a series of training programs, and some of them have mastered it so well that they became members of Brainfinity 2020 jury. Pupils also had a series of creative lectures based on problem solving, whereas students were exposed to some atypical test assignments that emulate problem solving.
After that, Brainfinity spawned some new activities.

We launched a training center for teachers who are changing the world.

The only problem solving training center in Serbia. These comprehensive and practical training programs are designed for all those teachers and professors who want to introduce innovations into their teaching practice and improve themselves both professionally and privately. Valuable certificates are awarded to those who successfully complete a training program.

We created the Creative Problem Solving online course for all those interested in this topic.

The Creative Problem Solving (CPS) course, created in partnership with ITAcademy covers topics that may be interesting to all generations, but are designed so as to be comprehensible even to the youngest audience, and engaging and complex enough for the older students. The course doesn't require any prior knowledge of problem solving. After completing the course, attendees will be able to solve complex problems and develop their leadership and communication skills, as well as skills of personal promotion, and they will be awarded a certificate.

To harness a huge, untapped potential of children and their timeless, but often ignored ideas by the adults, we initiated corporate case studies where children get the opportunity to solve major corporate problems. A company defines a specific problem to a team of students, they solve it without any constraints, the Brainfinity team refines the solution students have come up with, and the companies get a solution to their problem on much more favorable terms than if they had hired a professional agency to deal with it.

We revived the Brainfinity association of schools.

Through the Brainfinity model, we are trying to reach as many schools as possible so they could recognize problem solving as a crucial element for children's development and include it in their practice. Schools that meet certain criteria will be awarded the status of a Brainfinity problem solving school.

A competition that encourages creativity, collaboration and logical reasoning in students, without restricting them in any way, or prohibiting cooperation with others, and the use of Internet and mobile phones. On the contrary, the competition rewards computer literacy, which is something that has been sorely lacking in our education system. The best confirmation that this is the way to go is the growing number of contestants.

The idea behind Brainfinity is to join forces with those who believe that strengthening the collective ability of critical thinking, creativity and emotional intelligence positively affects society, and together to raise awareness of the importance of developing problem solving skills in a community as a whole.
Students get the opportunity to express themselves through problem solving, whereas teachers get practical examples that can be transferred to the classroom. Schools improve themselves together with the development of their teachers, and companies solve their problems using completely new approaches. In addition, anyone can learn more about problem solving in our online course.
The concept of Brainfinity education is new, but it is very easy to understand and embrace. The most important thing is – the Brainfinity model proves that no problem is unsolvable, despite how it may look at first glance.
Learn more about problem solving and revive the Brainfinity idea »